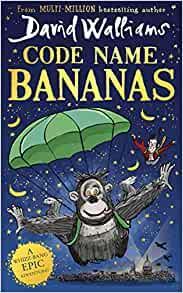 Go back in time with No. 1 bestselling author David Walliams for a whizz-bang epic adventure of action, laughter and secret plots – and the extraordinary friendship between a little boy and a huge gorilla that just might save the day…

Eleven-year-old Eric spends his days at the place that makes him most happy: London Zoo. And there’s one animal in particular he loves: Gertrude the gorilla.

With bombs falling all over London, Eric must rescue Gertrude.

Together with his Uncle Sid, a keeper at the zoo, the three go on the run. But while hiding out at the seaside they uncover a top-secret Nazi plot…

One Hundred Steps by Captain Tom Moore and Adam Larkum 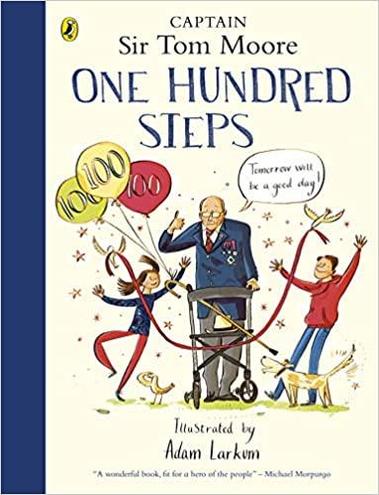 A book about adventure, about family, about never giving up, and about what we can achieve when we work together.This is an inspirational picture book, published in support of the creation of the Captain Tom Foundation, which tells the incredible story of the man who walked 100 laps of his garden and captured the heart of a na

tion. Fully illustrated for younger readers, and following the key moments from Captain Tom's incredible life, the book shows what is possible when we come together and never, ever give up.