October is Black History month and at least one of this month's books reflects this. 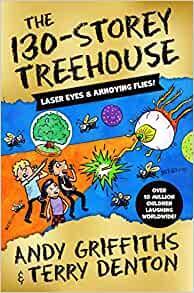 There are lots of laughs at every level in The 130-Storey Treehouse, the tenth book in the number one bestselling Treehouse series from Andy Griffiths and Terry Denton, out in hardback.

This is our Treehouse, come on up! We've added 13 news levels to our Treehouse, including a soap bubble blaster, a GRABINATOR (it can grab anything from anywhere at any time), a time-wasting level, a toilet paper factory (because you can never have too much toilet paper) and an extraterrestrial observation centre . . .which
will come in handy when giant flying eyeballs from outer space come to gravitate US! Released on 20th October. 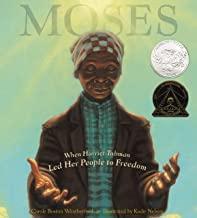 I set the North Star in the heavens and I mean for you to be free...
Born into slavery, Harriet Tubman hears these words from God one summer night and decides to leave her husband and family behind and escape. Taking with her only her faith, she must creep through woods with hounds at her feet, sleep for days in a potato hole, and trust people who could have easily turned her in. But she was never alone.

In lyrical text, Carole Boston Weatherford describes Tubman's spiritual journey as she hears the voice of God guiding her north to freedom on that very first trip to escape the brutal practice of forced servitude. Tubman would make nineteen subsequent trips back south, never being caught, but none as profound as this first one. Courageous, compassionate, and deeply religious, Harriet Tubman, with her bravery and relentless pursuit of freedom, is a testament to the resilience of the human spirit.